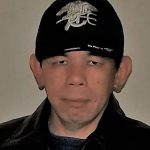 “Arriving in Singapore, almost everyone in our office and quarters, Filipinos and even those from Europe and the US wanted to hear what happened back home and how Baguio was coping. That made me realize how popular Baguio was, not only among Filipinos but also to other nationalities “

Last Thursday marked the 30th anniversary of the July 16,1990 Killer earthquake that devastated Northern Luzon. On that day, I was in Manila, outside a travel agency in Pedro Gil Ave. as I just got the confirmation of my Flight to Singapore scheduled July 21, 1990. Suddenly the earth was shaking and all the tall buildings around seemed to be dancing. There was chaos on the streets and there were no jeepneys for passengers to take while the LRT (No MRT yet that time) stopped its operation due to the quake. I was with a friend then and we had to walk the 12 km distance to Baclaran where we were able to get a ride to our quarters in Las Pinas.
When we arrived in our Las Pinas quarters not much was being said about the earthquake. Maybe becausethe place was an ashram where there was no TV or radio. The next morning we just went through our regular routine with the day ending as if nothing serious happened. We did not know yet about the devastation the quake caused all over Northern Luzon. The following day was basically the same. But on the third day our Indian monk and trainer, Acharya Vicitrananda Avaduta, arrived from our main office in Paco, Manila. He was surprised why I and two other Baguio boys were seemingly unconcerned. He called us to his office and briefed us on the situation especially on what happened in Baguio and nearby areas. He then ordered us to join the volunteers of our relief team at the ABS-CBN foundation headquarters at Mother Ignacio St. in Quezon City to help in the preparations for a relief operation up north.
I was given instructions being a senior member to join the first available group going to Dagupan City, Pangasinan where our group, the Ananda Marga Universal Relief Team (AMURT), would be based. He also gave me permission to take the first opportunity to come up to Baguio once a road would be opened.
In Dagupan City we saw how the earthquake devastated it. The city actually sank by about a meter destroying hundreds of buildings and other infrastructures. The water system was one of the most damaged and seawater flooded the city as it became “below sea level.” I thought, “With this really bad destruction of Dagupan City, what more in Baguio City.”
On the third day of our relief operation, I got information that some mini-buses wwould be taking the risk of going up to Baguio City. Allegedly, Naguilian Road was opened. I asked permission from our AMURT head for me to take one of the mini buses at around 5:00 a.m. That was July 24 or eight days after the earthquake. The supposedly two hours trip to Baguio turned out to be 6 hours.
Upon reaching the Baguio downtown area we saw how bad things were. Without wasting time, I went to see my old folks especially my mother who, at that time, was still quite strong. It turned out all the worries that had been bugging me for a week, not knowing how things were back home as there was no means of communication, were unfounded. Everyone was okay, even those in the mines. All the mines around, even the small scale ones, did not suffer much damage. Good for many of my relatives where were working in various mine sites around Benguet.
I stayed for two days here in Baguio and 80% of my time was spent listening to the personal accounts of groups and individuals on what happened that fateful 4:00 p.m. of July 16, 1990.
I went around and saw with my own eyes the destruction wrought by the quake which was later dubbed the 1990 Killer Earthquake. Badly hit (they became total wrecks) were Nevada Hotel, Hyatt Hotel, the University of Baguio, Burnham Hotel, Hill Top Hotel, Royal Inn, Skyworld, among others. Indeed, nature’s wrath reminded us who controls the whole universe.
On the 27th of July, I got an instruction from our Manila office to report back and re-book my flight to Singapore where I was assigned as a social worker of our Ananda Marga Yoga Organization. My trip back to Manila revealed more of the havoc that the quake caused. Instead of the usual route which goes through Pangasinan,Tarlac and Pampanga provinces, the bus had to take the detour along the coast of Pangasinan and Zambales. It took us 12 hours.
Arriving at Singapore, almost everyone in our office and quarters, Filipinos and even those from Europe and the US wanted to hear what happened back home and how Baguio was coping. That made me realize how popular Baguio was, not only among Filipinos but also to other nationalities. **
Comments@ fb page: Martial arts for health and fitness