Education, the key to press freedom

Without the people’s capacity to distinguish between the real news, the truth, and the deceptive kind, there can be no real press freedom.
Analytical ability is what enables the man on the street to know whether the portrayal of an event is the truth or not. Some truth could be felt by him as when the headlines would declare a great improvement in the economy, but then the pangs of hunger is clawing at his gut. The newspapers are not truthful, he would conclude.
But many other matters are not that easy to sift through. Once there was a presidential candidate who was called brilliant and people equated that to a better future for the younger generations to come. They voted for him, and then he immediately mired the country into bottomless debts. He ended up being the biggest thief in the world. But the majority in this country do not believe that. To them it is the handiwork of media spinners. If he were still around he could handily win the presidency again. Because majority of the people are generally quite incapable of differentiating the truth from the “alternative truth” as Donald Trump would have it.
Such propensity to be readily deceived is mainly due to lack of proper education. Too bad, “education” in this country, or a college diploma is readily obtained through rote memory of college lessons that don’t develop analytical ability. So we are readily deceived. No wonder ad agencies and marketing firms are lucrative ventures here. Basically, their techniques on swaying people’s behavior because of lack of education revolve around one theme: Get a good looking movie star to endorse your product and success would be at hand.
And once you emotionally convince anybody with your line of reasoning, no amount of rational argument could persuade him to change his attitude.
So in this beloved country where a one-eyed Jack can readily take over the throne, is real press freedom possible?
No. Not when people do not know there is only one truth and there can be no “alternative truths.” Press freedom can be achieved only when the people value the truth and they appreciate and protect the bearer of such. Otherwise, the products of the press will somehow always be slanted for survival purposes. ** 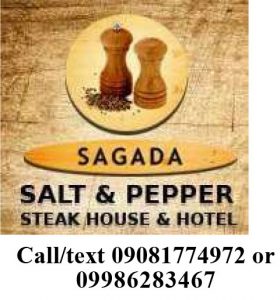